What Women in Design and Architecture Think About WADE ASIA® 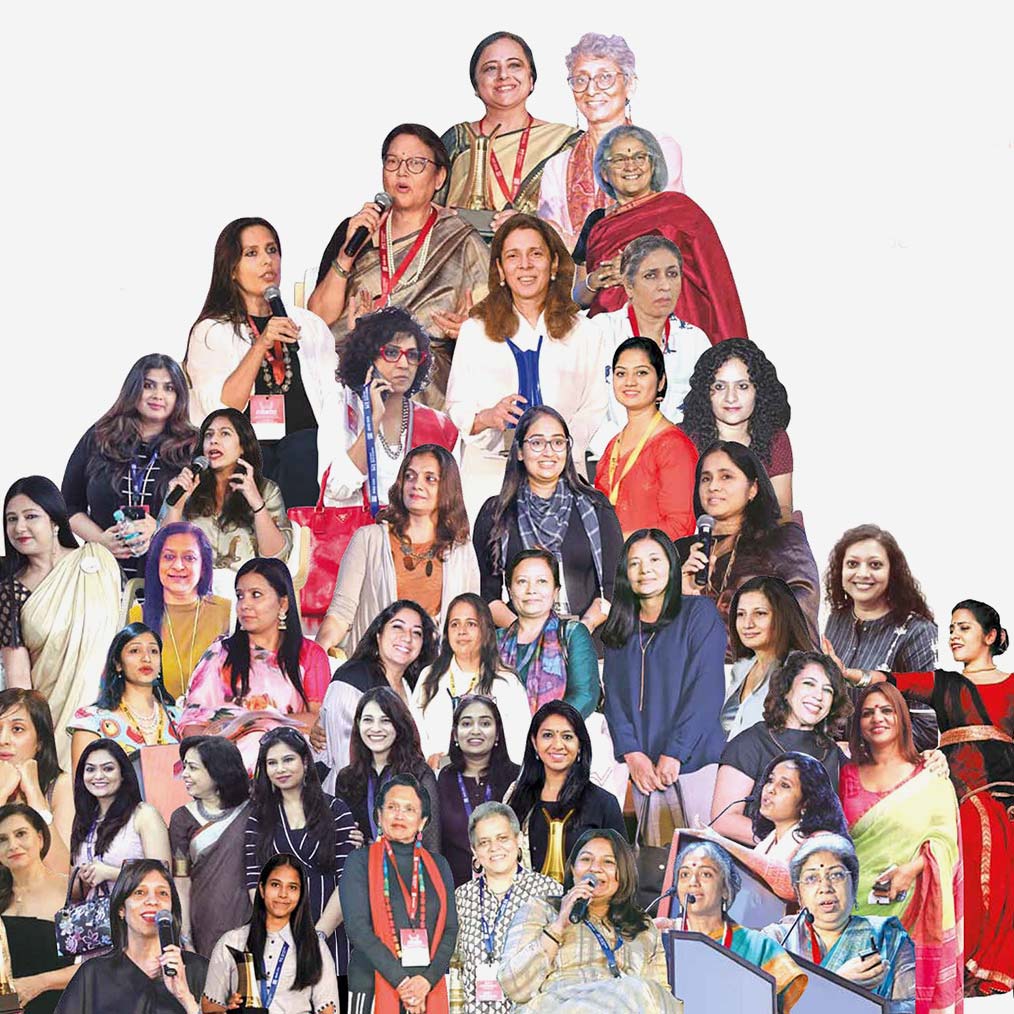 Some opinions from women who attended WADE ASIA®

“I was impressed to see the depth of thinking that has gone into WADE ASIA.”

“I met my mentor at WADE ASIA!”

“Being a part of WADE has made it easier to network among contemporaries as well as higher ups.”

“I recommend every lady photographer to attend WADE ASIA® to understand what a difference it can make in her life personally and professionally.”

“Creating a world record by WADE ASIA® for the largest number of Women standing together for Water awareness as a cause this year was amazing. WADE is here to tread paths which have not been taken before.”

“WADE ASIA® is sure to grow in numbers and respect in terms of spread, reach and popularity! I had been following it for the last couple of years and felt compelled to participate this time.”

“The energy I felt at WADE awards felt truly dignifying and comforting.”

“The open juries at WADE ASIA® and the interactions between architects and designers helped me to expand my vision.”

“A flower does not think of competing with the other flowers in the garden, it just blooms. WADE ASIA®, I believe is doing the same.”

“WADE champions the cause of women supporting women to make a more inclusive work environment.”

“WADE ASIA® gave me the opportunity to meet many high achieving women. I now understand that I am not alone in the struggles of being a woman in a competitive industry specially while we are trying to balance motherhood along with our careers.”

“While we are scaling up, we did not want to dilute the core objectives of WADE ASIA® being a women oriented event. I am glad participation of Women were close to 63% at WADE. It is interesting to note, though ‘Women Water Warriors’ was a side event of WADE ASIA® and happened early morning from 8-9AM, more than 500 women participated even in that initiative, creating a world record. There is room for making the Jury process more organised and we will be striving toward that in 2020. Thank you for the love, support and the faith on us!”

“We are thankful to WADE Partners, Ultratech Cement, Canon, Duro, JK Cement, Greenply, Alstone and all the other brands for the association. We are also thankful to our supporting partners NID, PHD Chamber of Commerce & Industry, IIA, Indian Association of Structural Engineers, Womennovator, Women in Science & Engineering, Society of Nepalese Architects, and Bhutan Institute of Architects. You all complete us and it is always great to be together” 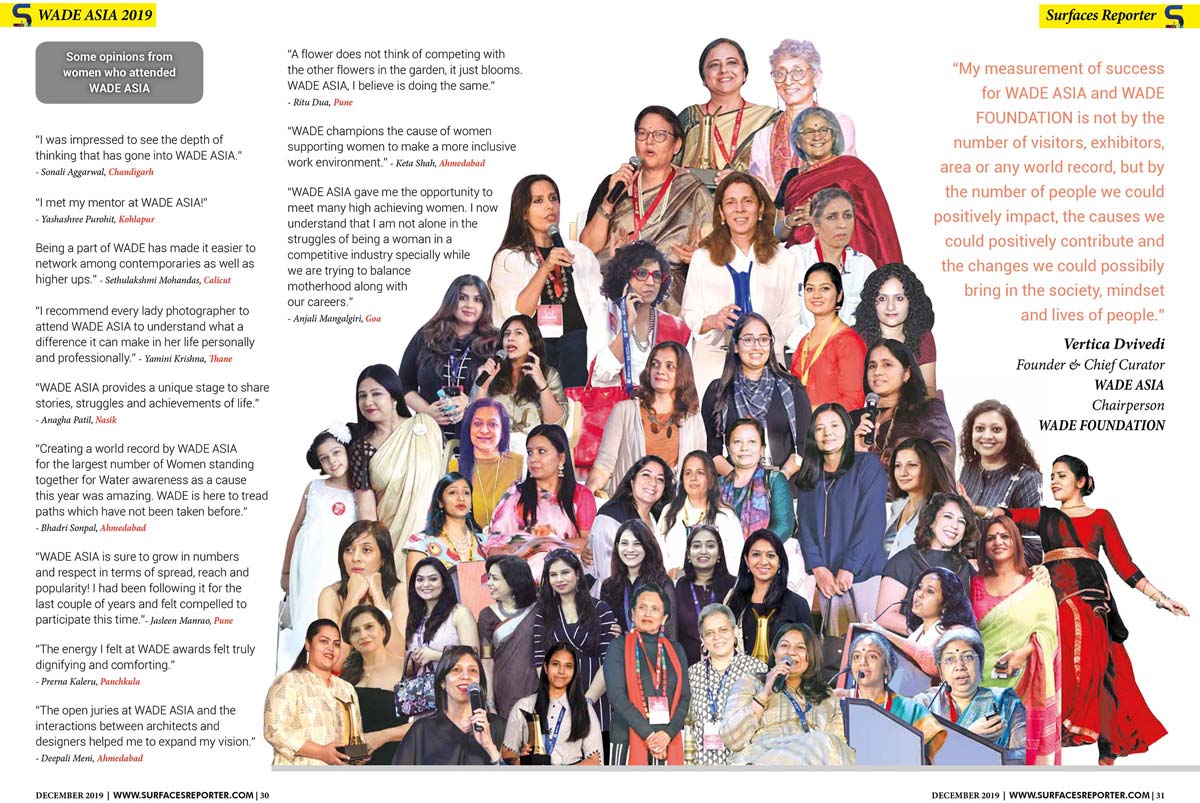 World Record was created on 12 October 2019 (8 to 9 AM) for the largest number of women (500+) participation to form letter W on NSIC ground, New Delhi. The initiative by WADE Foundation started the community of Women Water Warriors, an initiative of WADE ASIA.

The top WADE ASIA® Awards were presented to 3 distinguished women from the fields of Water, Sustainable Architecture and Engineering respectively, Amla Ruia from Mumbai, Sheila Sri Prakash from Chennai and Sangeeta Wij from New Delhi.

Over 5 workshops were part of WADE ASIA® including sustainable flooring choices like Red Oxide Flooring, Universal Accessibility for the disabled, Midcareer alternate career options for women on a break, Brand communication, Students workshop and more.

The theme of WADE 2019 was seriously considered to revolve around in content, workshops, installations and discussions.

10 designers from all over India collaborated with WADE ASIA® for WADE Design Galore.

Out of more than 1500 projects submitted by women from all around the nation, 246 projects were shortlisted and about 55 were winners.

WADE ASIA® believes in inspiration and joy which is not complete without entertainment. The evenings were fun-filled with performances by various singers and standup comedy by Gaurav Gupta.