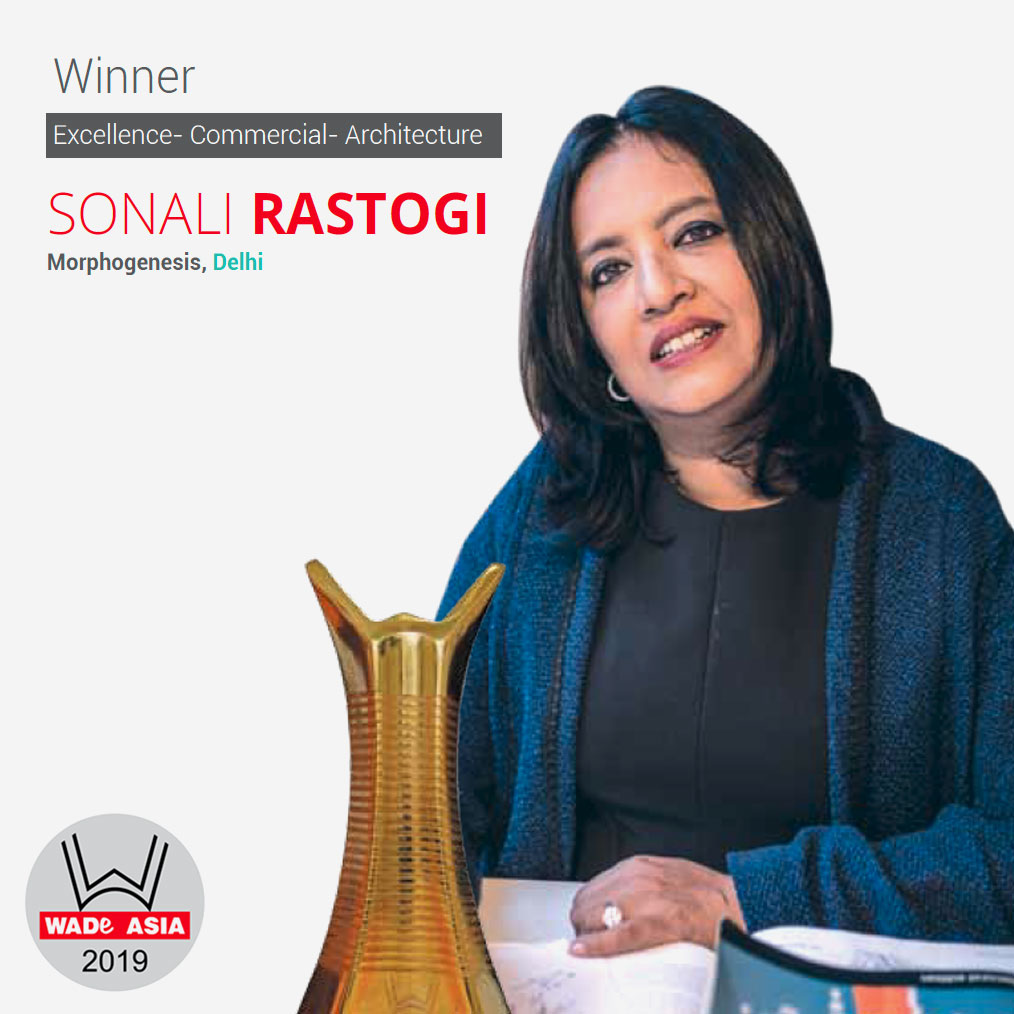 Sonali commenced her architecture studies at the School of Planning and Architecture (New Delhi) and then went on to The Architectural Association (London) where she graduated in Housing and Urbanism under Jorge Fiori and subsequently, a second graduate diploma in Graduate Design (DRL) under Jeff Kipnis. The influence of all three programs have formulated and influenced her thinking to date, to create a sustainable architecture through the framework of an evolutionary practice inspired by nature, with an emphasis on passive design. Sonali is the Founding Partner of Morphogenesis, one of India’s leading Architecture and Urban Design practices. Known as
an architect who consistently pushes the boundaries of sustainable design, she writes and lectures extensively.