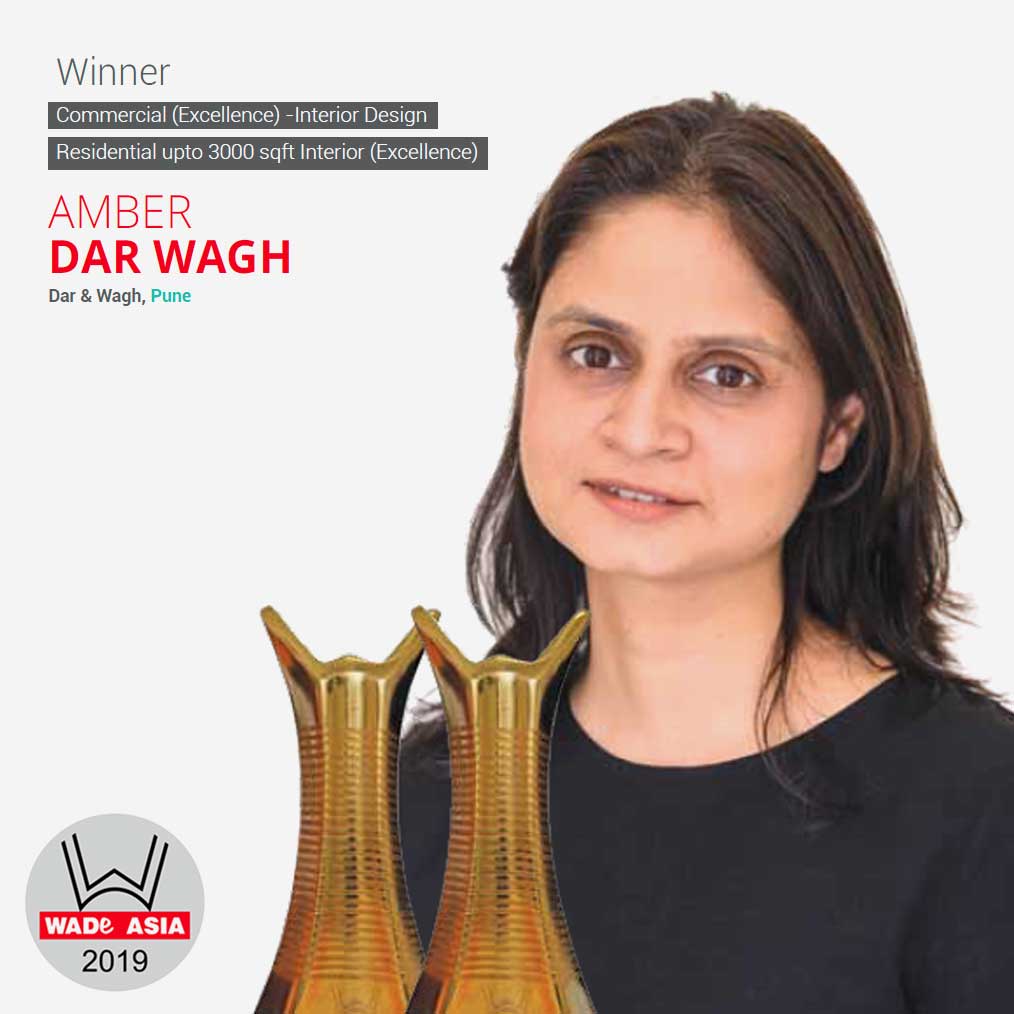 Amber Dar Wagh (Founding Director, Dar & Wagh), is an Interior Designer, who graduated from CEPT University Ahmedabad in 2001. After working with SJK Architects, Mumbai, she became the Senior Interior Architect at Ar+D, Singapore. From 2007, she was appointed Senior Lead Interior Designer with WOHA Architects, Singapore, with whom she was associated for more than 8 years. In 2016, Amber started her practice, Dar & Wagh in Pune with her partner Ranjit Wagh. Her global portfolio spans across South East Asia, South Asia, India and the Middle East.

Do you think architecture has the power to build better communities?

Yes, architecture acts as a catalyst to build better communities. Architecture in itself encompasses various other disciplines which play a vital role in reducing the chaos of daily life and helps put it in order. It enriches our sensibility towards multiple aspects of lifestyle. With the help of appropriate architectural conditions people can not only connect better but also have common dreams and shared goals. Various institutions of India are the best example of people coming together under one architectural space and shaping their visions and goals collectively.

How has interactions with artists, architects and designers in WADE developed your perspective towards art and architecture?

The discussions at WADE have definitely opened my eyes to the wide spectrum of applications and collaborations of art and architecture happening currently. A much more contextual approach towards application of art & architecture surfaced during the interactions. I realised more women are engaging in design than it was a decade ago
which is a very positive indication.

How important it is to network for professionals? Did WADE help you with this? How?

Networking enables budding architects to connect with other architects working in different place, style and material. WADE ASIA was successful in establishing a common ground for such interactions and connections by bringing together such a rich variety of enthusiastic designers.

WADE ASIA and its objectives are accurately set and is already seen achieving its targeted goals. WADE gave a face to the Voices which earlier were seldom heard of.

As a WADE Woman & WADE Winner, how would you contribute towards its objectives?

I would like to engage in more such design & architectural exercises and help other women see the potential of this discipline through my work. I would like to encourage more women to become independent and pursue their dreams.

Is the initiative taken by WADE ASIA helping the fraternity?

The coming together of Women in Design, Art, Architecture, Engineering as a community is definitely inspiring and motivating current and upcoming professionals and will encourage more young women to pursue career in such creative directions.

Suggestions for the future:

1) Connect to as many women creators as possible.
2) Promote the newcomers by hosting more such events country wide.
3) Can host talk/ presentation sessions for all.